Is the recent snowstorm on the Cyclades a clear sign of climate change?

Home / Mykonos / Is the recent snowstorm on the Cyclades a clear sign of climate change?

Is the recent snowstorm on the Cyclades a clear sign of climate change?

Last month a heavy snowstorm hit mainland Greece and, incredibly, many islands in the Aegean sea, Mykonos and Santorini included. The scenario was charming. A gentle pale coat covered all the white houses in Mykonos town and beaches, with a layer that lasted for days.

Now that spring is coming, let’s briefly discuss how climate change hits Greece. The heavy storm was an exceptional event, but Athens was covered by a generous amount of snow like last year. A white Acropolis went viral around the world.

The increasing deforestation of the Attica region

The deforestation left the Capital without natural protection from the freezy winds during the cold months and from the scorching heat in summer. That’s why we’re assisting so often to extreme weather episodes happening closer and closer one to another.

In January 2021, the area was first hit by a warm anticyclone that brought high temperatures for a week (peaking 30 Celsius degrees), allowing Greeks to enjoy the beautiful beaches of Greece. After a week, the scene was completely different: it seemed a seasons mix.

January 2022 was not that dissimilar, but the grip of cold overwhelmingly arrived until Crete this time, reaching on its path Mykonos and Santorini as well.

Climate change is leaving Greek islands more isolated than usual. The already powerful winds blowing in the Aegean sea are becoming stronger and stronger, slowing down or blocking the routes of the ships.

People experience discomfort, and significantly the rural and agricultural productions are damaged

It happened on Mykonos, but mainly on Santorini, where the wine production from the local grapes suffered a great loss.

Greece is still one of the countries in the EU where recycling is still critically below average compared to the other members. With a 14.4% average recycling rate between 2010 and 2019, the country is far from Germany, ranking first with a 67% rate.

Islands like Santorini, Mykonos, or even Corfu cannot manage the disproportionate quantity of waste they produce during summer, compromising the environment.

A revolution is anyway on its path

Tilos is the forerunner of a project to ensure clean, energetic independence to the Greek islands. A wind turbine and photovoltaic panels give the inhabitants all the electricity they need during winter. It covers the 60/70% of the request during summer when the island hosts tourists.

Would it be enough to protect Greece and its precious environment? More efforts certainly need to be made, but the route to preserve nature is the goal of the youngest greek generation. 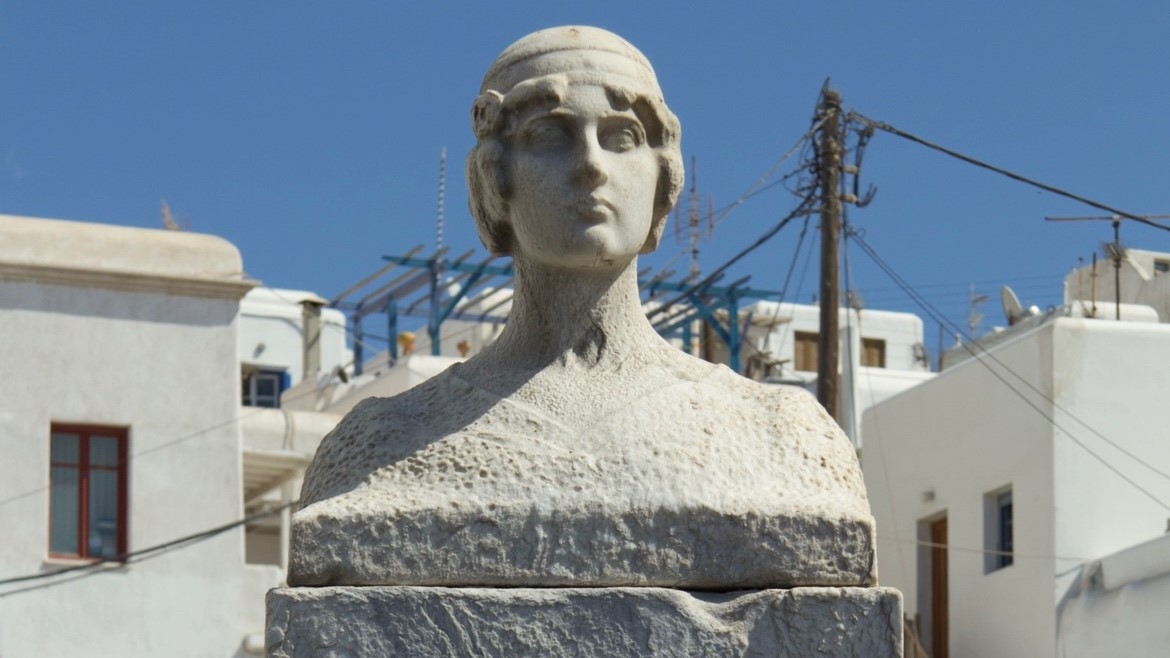 2021 is a year of celebration in Greece. Two hundred years ago, the revolution that brought the country

Read More
Home
Shop
Wishlist (0)
Login
Back to Top
Manage Cookie Consent
To provide the best experiences, we use technologies like cookies to store and/or access device information. Consenting to these technologies will allow us to process data such as browsing behavior or unique IDs on this site. Not consenting or withdrawing consent, may adversely affect certain features and functions.
Manage options Manage services Manage vendors Read more about these purposes
View preferences
{title} {title} {title}
Added to cart
Shopping Cart
Close